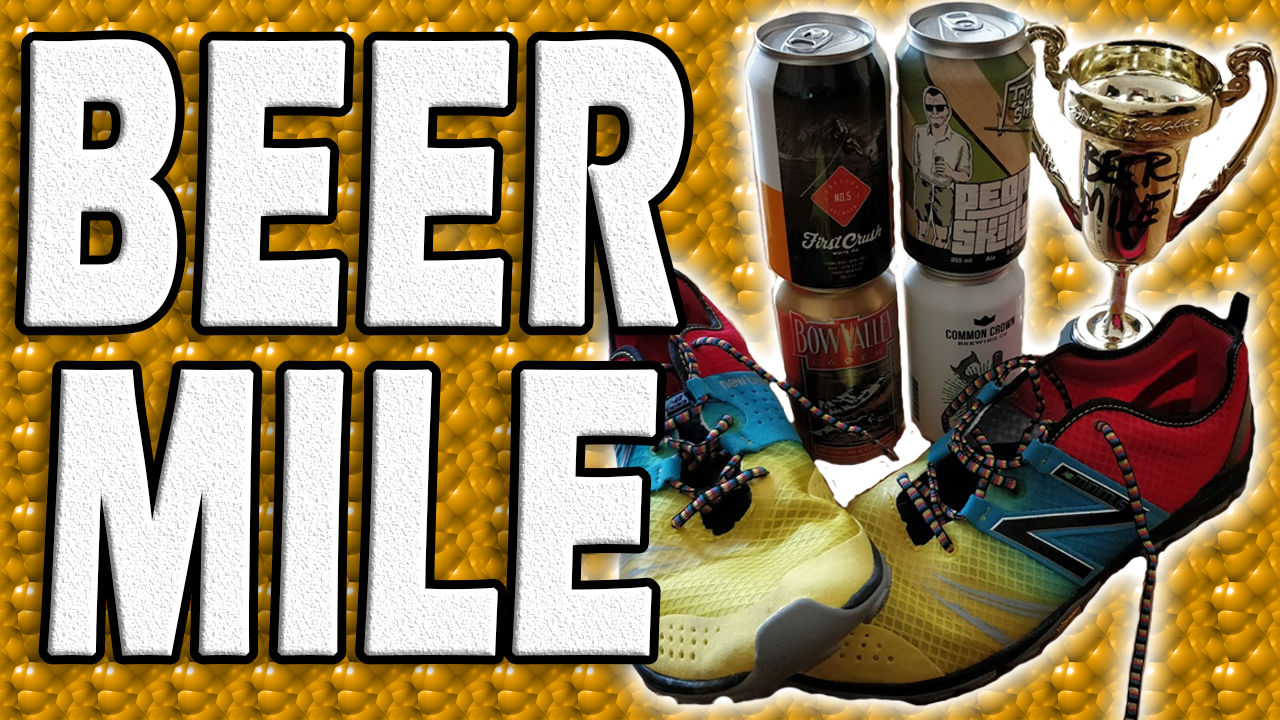 Ever since I heard about the Beer Mile (http://www.beermile.com), I’ve been dying to try it. I’m not a fast runner, but I’m a decent chugger (or so I thought!) How hard could it really be?

First, I had to find a track. I didn’t want to sneak around and do this the wrong way, so I rented track space early one Saturday morning from the city. I got a liquor license, and picked up four different canned Calgary beers.

Now, I did cans because that’s what the Beer Mile recommends, but also I didn’t want to risk broken glass on the track. Unfortunately, that limited my selection pretty dramatically, but I think I still found four very nice beers:

Now, I did learn my lesson – IPAs and Beer Miles don’t mix! But that’s certainly not the fault of the beers, who never asked to be served warm on a running track, and consumed as quickly as possible!

I did try to review the beers as I went, but my GoPro clone crapped out on me. So, here’s what I can remember about each beer:

First Crush was first, and it has that kind of tropical hops taste that I quite enjoy. It was also first, so it’s the beer I most enjoyed.

Bow Valley was next, and it’s not at it’s best when served warm, but really, what lager is? Sufficiently chilled, this is a nice, inexpensive patio pounder.

People Skills was third, and I don’t recall a whole heck of a lot about it, other than it tasted the best in it’s warm state, compared to the other warm beers. It’s also better cold. All of these are.

Finally, the Journeyman. This was the first time I’d tried a Common Crown beer, and the poor introduction has nothing to do with the brew. I only recall the nausea at this point, brought on by a belly full of still-carbonated beverages.

My time in the Beer Mile isn’t going to win me any acclaim, but even with having to run the penalty lap, it was fun to give it a try! Perhaps next year, I’ll even train a little for it, if I can find a few other hardy souls willing to try it with me!

Haven’t subscribed yet? Do it now! You won’t regret it! https://www.youtube.com/Reviewyca?sub_confirmation=1